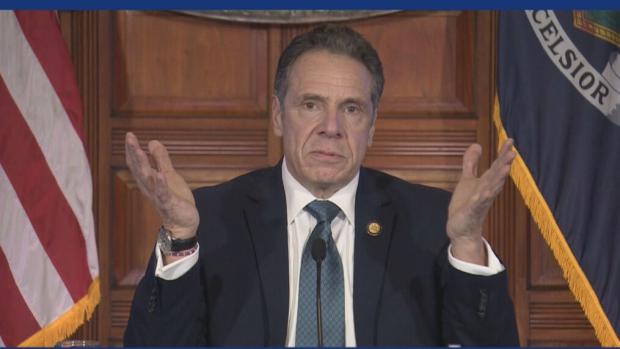 Update (1434ET): Gov. Andrew Cuomo's epic President's Day afternoon press briefing has just wrapped up, and just as we suspected, Cuomo wanted to talk about the groundswell of support in the Empire State to finally dethrone a governor who has survived numerous scandals and primary challengers (not to mention 2.5 terms as governor), about as much as reporters wanted to interrupt their holiday weekend to ask him about it.

But in what was perhaps an encouraging sign, Cuomo was ready, and instead of waiting for reporters to ask the question at a post-briefing Q&A, the governor and his team apparently felt this was big enough to strike first, and launched a fusillade of Cuomo disinformation, a mix of "actually running things is hard", "do you remember what life was like a year ago?", with just a pinch of NY's in-the-works reopening plan to keep people interested through the first ten minutes.

Before actually working his way up to his office's claim, Cuomo spun a narrative, which relied on a complicated timeline of the virus's assault on New York State, with some sobbing about Dr. Fauci and NY's top public health official. First, Cuomo tried to distract the press by claiming that the first case of the South African COVID strain had been identified in a New York hospital, but in a patient who had arrived after being "transferred" from neighboring Connecticut.

"To be clear, all deaths in nursing homes and hospitals were fully, publicly and accurately reported," Cuomo said.

"There was a delay in providing the press and the public with providing all that additional information."

After the big denial, Cuomo continued by warning that the problem with the state's nursing homes needs to be fixed before the next pandemic, and that hospitals that have "these issues" must be "improved", or else they might "fail" during the next pandemic. Cuomo also repeated that the DoJ was asking about 'private' for-profit nursing homes, as if to try and shift more responsibility off the state.