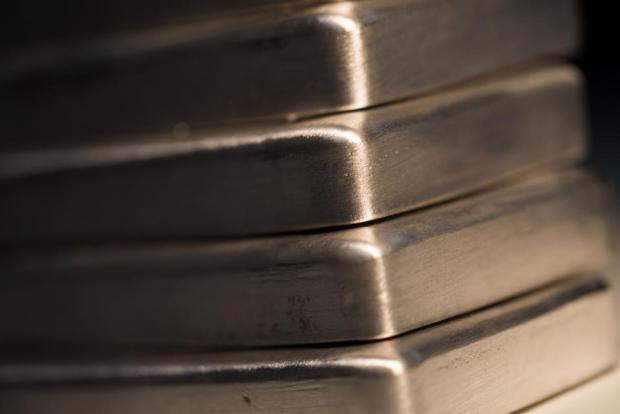 Less than a week ago in 'Houston, we have a Problem": 85% of Silver in London already held by ETFs', we explained how with the emergence of the #SilverSqueeze, the silver-backed ETFs which claim to hold their silver in London, now account for 85% of all the silver claimed to be stored in the London LBMA vaults (over 28,000 tonnes of the LBMA total of 33,609 tonnes). This, for anyone who can out 2 and 2 together, does not leave very much available silver in London for silver ETFs or for anyone else, especially the largest silver ETF in the market the giant iShares Silver Trust (SLV), which let's not forget has the infamous JP Morgan as custodian.

That SLV has seen massive dollar inflows in late January and early February with corresponding jumps in claimed silver holdings is now widely known, but is worth repeating here, for what's about to come next.

The intense market interest in the iShares Silver Trust (SLV) started on 28January when a huge volume of 152 million shares traded on NYSE Arca. Again on Friday 29January, SLV traded a massive volume of 113 million shares. This led to an increase in SLV 'Shares Outstanding' on Friday 29 January of 37 million shares, and a same day claim by JP Morgan, the SLV custodian, that it had increased the silver held in the SLV by 37.67 million ozs (1,171 tonnes), all claimed to be sourced in the LBMA vaults in London.

On Monday 01 February, an even larger 280 million SLV shares traded on NYSE, and by end of day SLV shares outstanding jumped by 20 million. On that day SLV claimed to add another 15.376 million ounces of silver (478.25 tonnes) within the LBMA vaults in London, about three-quarters of the value of the new SLV shares created on that day.

On Tuesday 2 February, with SLV trading still elevated on NYSE, the iShares Silver Trust created a massive 61,350,000 new SLV shares, bringing the SLV shares outstanding to 729.1 million. On the same day, JP Morgan and Blackrock claimed to have added a huge 56.783 million ozs of silver (1,766 tonnes) to the SLV (again all in London), an incredible amount by any measure, but still short of reflecting the total of 118.45 million total of new shares that had been created between Friday and Tuesday (which led them to adjust down shares outstanding by 8.6 million on Wednesday 3 February).