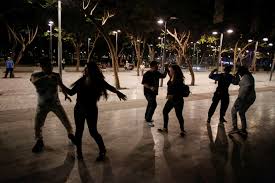 No curfews. No arrests. No fines.

Other countries would enforce their lockdowns with police checkpoints and $10,000 penalties. But Mexico had lived through 70 years of authoritarian rule. The country had "a sad, unfortunate, shameful history" of abuse by security forces, said Hugo López-Gatell, the coronavirus czar. And half the population lived in poverty. Clashes between the police and poor laborers could spread the virus - and tarnish a government built on leftist credentials.

Nearly a year later, Mexico is battling a severe epidemic. Hospitals are at the breaking point. Residents flouting stay-at-home messages fueled a new explosion of cases during the Christmas holidays. Deaths have soared past 150,000 - the fourth-highest total in the world, and 19th-highest based on population, according to a count kept by Johns Hopkins University. On Sunday, President Andrés Manuel López Obrador announced that he, too, had tested positive for the coronavirus.