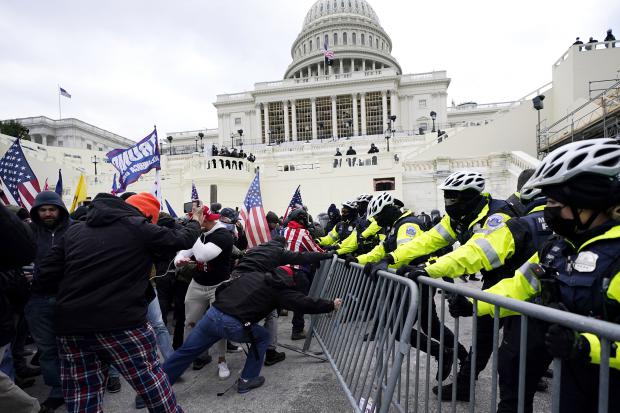 His death is being used to score political points against Trump supporters yet there are some pertinent facts being left out, and questions that need answers.

Things the legacy media may have forgot to report:

Sicknik texted his family at night after the Capitol Hill event and said he was in good shape. The family did not expect him to go to hospital.
The family didn't want his death used for political purposes and say his death may be related to a medical condition.
Brian Sicknik was a strong Trump supporter.
The family only learnt of his death when reporters started phoning them.
It's all a bit odd?

"He texted me last night and said, 'I got pepper-sprayed twice,' and he was in good shape," said Ken Sicknick, his brother, as the family drove toward Washington. "Apparently he collapsed in the Capitol and they resuscitated him using CPR."

But the day after that text exchange, the family got word that Brian Sicknick had a blood clot and had had a stroke; a ventilator was keeping him alive.

"We weren't expecting it," his brother said.

The family learned from reporter phone calls that something was wrong.

"We have not gotten any calls," Ken Sicknick said when first contacted. Brian Sicknick was the youngest of three siblings, all boys. "We're kind of overwhelmed right now. You guys are getting reports of his death before I even got anything."

Nearly an hour later, the department issued a statement rebutting news reports that an officer had died. The department finally reported that Sicknick had died at 9:30 p.m.