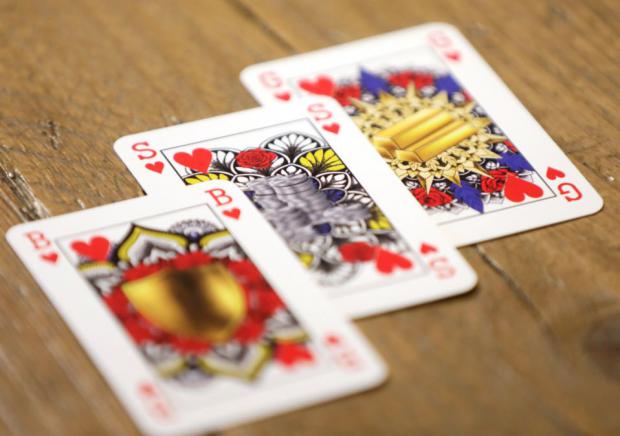 A quick Google review of this story found more than 100 news stories about this innovation – not just (or even primarily) in fringe online media outlets – but in mainstream media from the Reuters to the New York Post.

"If we have this hierarchy that the king is worth more than the queen," Ms. Mellink said in a press interview, "then this subtle inequality influences people in their daily life (sic) because it's just another way of saying 'hey, you're less important.'  Even subtle inequalities like this do play a big role."

Despite their hearts being in the right place on the left side of their chests, both Ms. Mellink and the fawning media who've been both reporters and cheerleaders for this long-overdue innovation have managed to miss the main point.

Playing cards – and indeed most, if not all – games, are politically incorrect, and for a variety of reasons.

Consider, for instance, a deck of cards – even Ms. Mellink's gender-neutral deck of cards.  They have four suits – Hearts, Diamonds, Clubs and Spades – as well as two colors – Red and Black.  "Red," obviously, is a not-so-subtle allusion calling to mind the Red States, where – in the most recent two Presidential elections – white supremacists voted overwhelmingly for Trump.  "Black," especially when connected to the name of one of the four suits in the card deck, is an obvious and historically-offensive racist reference to a pejorative label for black men.  This clearly racist sub-text is also present in the game of checkers, where Red and Black compete for power and dominance.

The Art of Being a Spectacularly Misguided Oracle