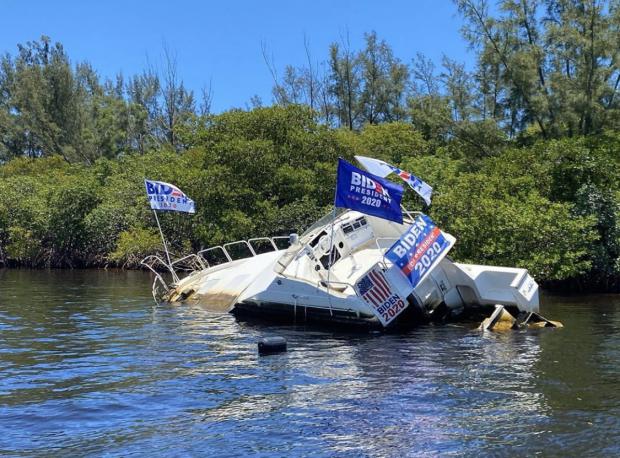 But the stock markets sure don't act like the ship is taking on water. All four major stock indices close at new record highs on inauguration day. Peter said this proves that the stock market rally really didn't have much to do with Donald Trump.

Wall Street knows that. And they know that despite the change in the White House, there is no change at the Federal Reserve. Fed policy is going to be consistent. It is going to remain the same. And I think Joe Biden sent a message to Wall Street of the continuity by nominating Janet Yellen, who was the head of the Federal Reserve, to kind of cement in the minds of the markets, or the participants in the markets, that it is business as usual at the Fed — that they will keep in printing money, they will keep interest rates artificially low, in order to sustain asset bubbles. And that is what the stock market is celebrating."

At this point, it doesn't really matter who is sitting in the Oval Office as long as the Fed continues to supply the monetary heroin.

Looking back at the Trump era, it's pretty clear he failed to "Make America Great Again." To do so would have required stepping on a lot of political landmines while dealing with the deep-rooted problems of Social Security, Medicare and the national debt – the so-called third rail of politics.

Great Reset: Biden Hikes Cost Of Carbon Emissions By Over 600%