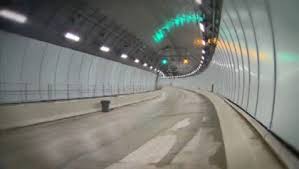 But Tesla Inc founder Elon Musk says he wants to dig tunnels with the Boring Company, one of his many business ventures, to help alleviate Miami's notoriously congested traffic.

Experts say the idea would be costly and is fraught with engineering obstacles, but it's not outright crazy.

Musk, who also founded SpaceX and Neuralink, tweeted that he spoke with Gov. Ron DeSantis about the idea earlier this month.

"If Governor & Mayor want this done, we will do it," Musk tweeted.

Miami Mayor Francis Suarez, a Republican, described the idea as a "no brainer" and replied, "we would love to be the prototype city."

Suarez also said Thursday, "Elon Musk is a person who has an amazing brand as well as his companies. He is an innovator."

Critics wondered: How plausible is it to build large tunnels under a city that is only a few feet above sea level, especially with Miami widely regarded as one of the world's most vulnerable cities to rising sea levels?

How Far it Goes vs. How Far They Say it Goes