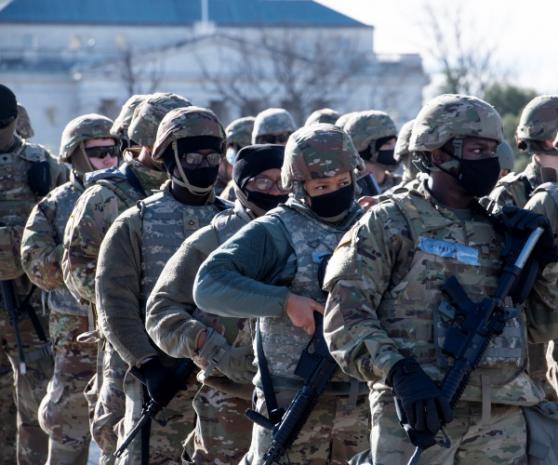 National Guard troops have left a Washington, D.C., parking garage and are now allowed back into the Capitol complex to rest.

The move came after lawmakers took to Twitter to express outrage over the decision to move some of the troops to the garage, according to NBC News. Capitol Police had earlier ordered the troops to stop using the Capitol complex as a rest area, Politico noted.

The website said one Guard unit had been using the Dirksen Senate Office Building to rest, but was told to leave the building on Thursday. The group was forced to rest at a garage without internet, with one electrical outlet and one bathroom with two stalls for 5,000 troops.

"We honestly just feel betrayed," one guardsman told CNN earlier Thursday. He noted that a day before, congressmen had come by for photos with the different National Guard units that came to provide security for the inauguration.

The decision to move the Guard to the garage was reversed after lawmakers blasted it on Twitter.

Sen. Mike Lee, R-Utah, wrote: "Very upset by this story but I have been in touch with the Utah National Guard and they are taken care of. My staff and I are investigating what happened here and will continue working to fix this situation."

Senate Majority Leader Chuck Schumer, D-N.Y., tweeted: "If this is true, it's outrageous. I will get to the bottom of this."