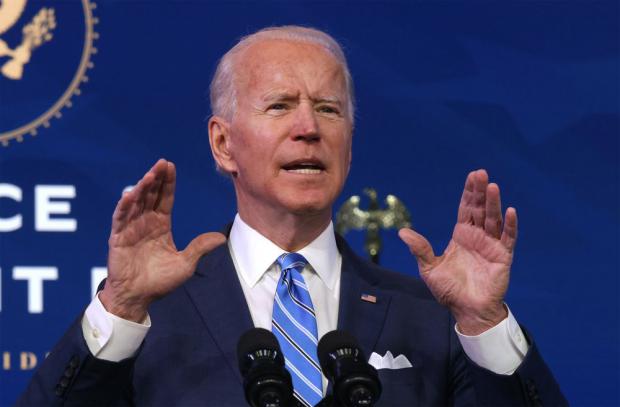 President Joe Biden will sign a series of executive orders and take other actions Thursday intended to dramatically expand vaccine production and distribution – to push forward his goal of vaccinating 100 million Americans in his first 100 days in office.

They came after he signed a federal mask mandate meaning that masks are now compulsory on all federal property. A second is set to follow today for all interstate travel including planes, trains and buses.

The actions and orders are the beginning of an effort to revamp the administration's policy to push out the vaccine, with 400,000 Americans already having succumbed to COVID-19, and new mutations already spreading in the country.

The plan will see 100 federal vaccination centers in large venues such as convention centers and stadiums and states reimbursed for setting up their own as well.

Some large cities are already setting up the centers, including in Miami, New York and Los Angeles, but 100 federal sites will spread the idea across the country.

And manufacturers will be ordered under the Defense Production Act to produce vaccine materials, from ingredients to needles, where there are shortages, as well as produce protective equipment such as N95 masks.

Biden is also depending on Congress to provide $1.9 trillion for economic relief and COVID-19 response. There are a litany of complaints from states that say they are not getting enough vaccine even as they are being asked to vaccinate a broader swath of Americans.