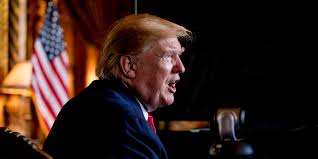 As Trump finishes his term in office, it's easy to find negative, harsh assessments of virtually every facet of his policies and actions. The Atlantic, CNN and PBS are among those who have declared Trump to be the "worst president in history." This side of the story has been well covered.

There are also lists of "how Trump could be prosecuted," and nearly every media outlet has its own list of "Trump lies." Click the links within this graph to read more about all of that.

As we know, roughly half of the country feels differently, but their voices are not as well-represented on the news and the Internet. Most media outlets cannot seem to bear to publish anything that is not one-sided and negative about Trump and his term. This begs for a bit of balance, even if it's dwarfed by the counter-narrative.

Built after consulting a variety of experts on the economy, national security, foreign policy and domestic issues, here is a short list that reflects "the other side" of the Trump presidency; one that is not so easy to find within today's managed information landscape.