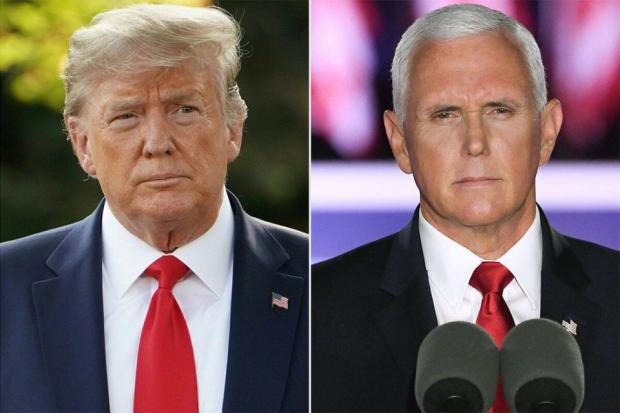 Pence aides told Fox News that it would be logistically challenging for the vice president to show up at both the presidential inauguration as well as the Trump farewell ceremony, which is being held four hours earlier. Trump is the first president in more than a century and a half to not attend his successor's inauguration.

"Thank you for the privilege of serving as your Vice President these past four years, it has been the greatest honor of my life. On behalf of our Wonderful Second Lady, Karen Pence, and our entire Family, Thank You and God Bless America," Pence wrote on Twitter on Tuesday.

Pence received a mention during Trump's Wednesday send-off at Joint Base Andrews in Maryland, before he and first lady Melania Trump flew to Florida.

"Again, I want to thank our Vice President Mike Pence and [second lady] Karen [Pence]," Trump said in his remarks. "I want to thank Congress because we really worked well with Congress. ... We've gotten so much done that nobody thought was possible."

Trump lashed out at Pence earlier in January after the vice president said he lacked authority under the Constitution to overturn election results on the president's behalf. Pence and other lawmakers were forced to flee the House and Senate chambers as pro-Trump rioters breached the Capitol complex on Jan. 6.