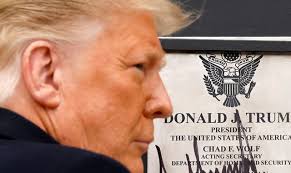 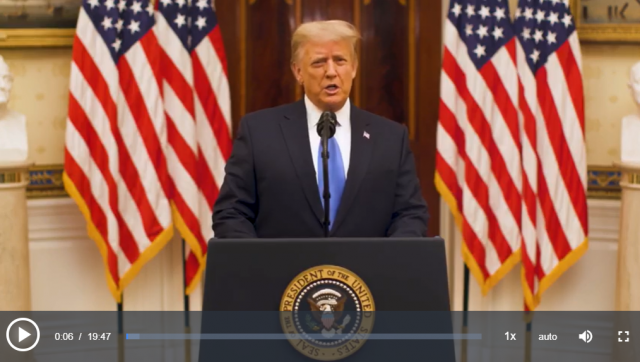 "We are—and must always be—a land of hope, of light, and of glory to all the world. This week we inaugurate a new administration and pray for its success in keeping America safe and prosperous," Trump said. "We did what we came here to do—and so much more. Above all, we have reasserted the sacred idea that in America, the government answers to the people."

"We restored the idea that in America, no one is forgotten—because everyone matters and everyone has a voice. I took on the tough battles, the hardest fights, the most difficult choices—because that's what you elected me to do. Our agenda was not about right or left, it wasn't about Republican or Democrat, but about the good of a nation, and that means the whole nation."

Trump added that on Wednesday, the United States will "inaugurate a new administration and pray for its success in keeping America safe and prosperous."

The commander-in-chief also trumpeted what he saw as his top achievements in office, including efforts to normalize relations in the Middle East as well as his administration's efforts to take on the Chinese Communist Party (CCP). He also touted the fact that he started no new wars—noting he was the first president to do so in decades.