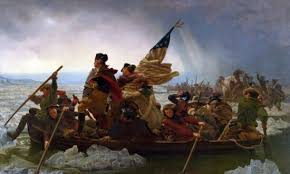 President Donald Trump's advisory 1776 Commission on Monday released a public report, fulfilling its task to revisit the nation's founding history in an effort to reunite the Americans around its founders' principles.

Americans today are "deeply divided" about the meaning of their country, its history, and how it should be governed, according to the commission, which was created in the final year of Trump's first term, amid an increasingly popular trend of portraying the American story as one that based on racism and oppression.

"Neither America nor any other nation has perfectly lived up to the universal truths of equality, liberty, justice and government by consent," the report reads, following an re-examination of the principles and ideals enshrined in the Declaration of Independence and the Constitution. "But no nation before America ever dared state those truths as the formal basis for its politics, and none has strived harder, or done more, to achieve them."

The authors dedicated a large portion of the report exploring challenges to American's founding principles. Some of these are historical, such as slavery, which is fundamentally incompatible with the idea that "all men are created equal." Others are more contemporary, such as progressivism, which holds that the Constitution should constantly evolve to secure evolving rights; fascist and communist movements seeking a totalitarian government with no respect for individual rights; and modern identity politics in favor of a system of explicit group privilege in the name of "social justice."