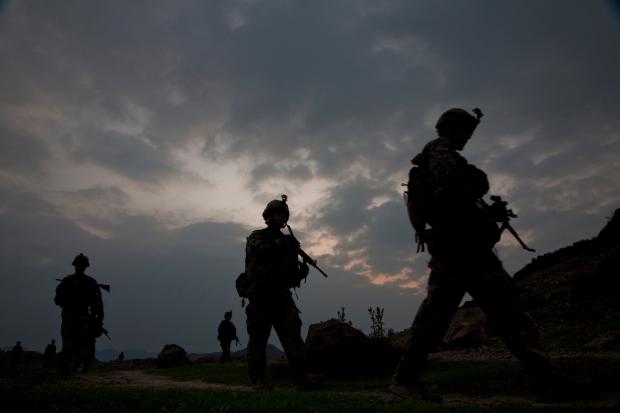 In this 21st century Opium War, crops harvested in Afghanistan are essentially feeding the heroin market not only in Russia and Iran but especially in the US. Up to 93% of the world's opium comes from Afghanistan.

Contrary to predominant Western perception, this is not an Afghan Taliban operation. The key questions — never asked by Atlanticist circles — are who buys the opium harvests; refines them into heroin; controls the export routes; and then sell them for humongous profit compared to what the Taliban have locally imposed in taxes.

The hegemonic narrative rules that Washington bombed Afghanistan in 2001 in "self-defense" after 9/11; installed a "democratic" government; and after 16 years never de facto left because this is a key node in the Global War on Terror (GWOT), against al-Qaeda and the Taliban alike.

Washington spent over $100 billion in Afghan reconstruction. And, allegedly, $8.4 billion in "counternarcotics programs". Operation Enduring Freedom — along with the "liberation" of Iraq — have cost an astonishing several trillion dollars. And still the heroin ratline, out of occupied Afghanistan, thrives. Cui bono?