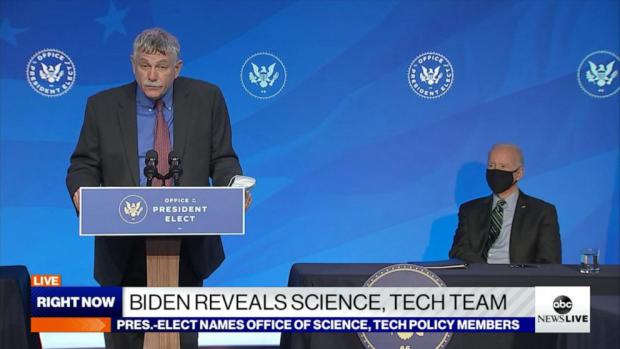 Biden also announced that he will elevate his science adviser to a Cabinet-level post, marking the first time in history that the OSTP head has served alongside the heads of federal agencies.

"Science will always be at the forefront of my administration," Biden said in a statement, "and these world-renowned scientists will ensure everything we do is grounded in science, facts, and the truth."

Lander has for years been one of the top figures in American science. From his perch atop the prestigious Broad, the genetics pioneer has overseen an explosion in genetics discoveries, as well as pioneering psychiatric research, from a team of scientists affiliated with Harvard, MIT, and some of the country's leading academic medical centers. He helped steer the Broad from its founding in 2004, seeded with a $100 million gift from the Broad Foundation, into a superlative science center, one that continued to pull in eye-popping donations.

Humbled and excited to serve as WH science advisor for President-elect @JoeBiden. He has assembled a diverse team of brilliant scientists and is elevating the role of science. So much to be done, and it will take everyone working together. #Scienceisback!

Power Outside The Matrix: My Tutorial on Disinformation