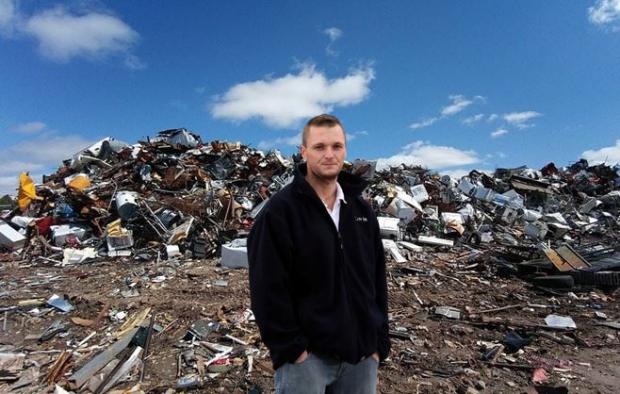 The 35-year-old said that he's willing to donate 25 percent of the value of the lost treasure to local residents.

James Howells, an IT professional from the Welsh city of Newport, told local news outlets that he had been mining bitcoin since February 2009, when it was much cheaper to do.

But in 2013, he said, he accidentally threw out a hard drive that contains 7,500 bitcoins.

"I had two identical hard drives and I threw out the wrong one," Howells said. "I know I'm not the only person who has ever thrown out the wrong thing, but it usually doesn't cost people over £200 million."

He said that he has to "laugh about it now" because there's nothing else he can do.

Howells contacted Newport City Council several times for permission to excavate the landfill site, but his requests were rejected.

"In 2017 the value of my hard drive was approximately £125 million [$170 million], at which point I made them another offer of 10 percent and unfortunately that offer was refused," Howells told BBC Radio 5 Live.

"There is going to be a point when the files on that machine are worth more than a billion pounds," he said.

"The attitude of the council does not compute, it just does not make sense."