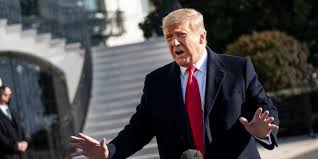 President Donald Trump on Wednesday called on all Americans to not engage in any violent demonstrations, vandalism, or lawbreaking ahead of the Jan. 20 inauguration.

"In light of reports of more demonstrations, I urge that there must be NO violence, NO lawbreaking, and NO vandalism of any kind," Trump said. "That is not what I stand for and it is not what America stands for. I call on ALL Americans to help ease tensions and calm tempers. Thank You."

Other Republicans and Trump surrogates have called for no violence following the U.S. Capitol breach.

DON'T GET CHICKS UNTIL YOU WATCH THIS!!!

The MOST Important thing you can do to build Community!

Spyware-Free Phones in 2021: We're being Squeezed!

Buckle Up! Oil Prices Are Already Soaring with Biden