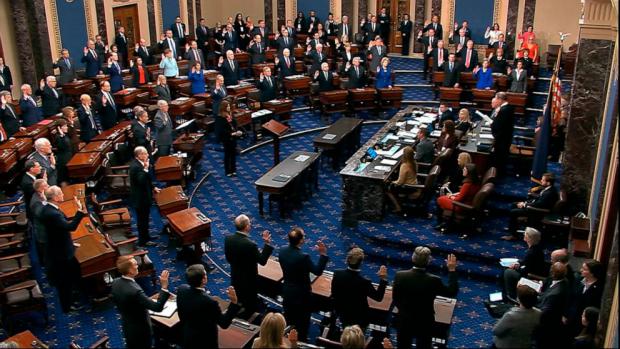 Numerous sources are reporting that Vice President Mike Pence has "ruled out" using the 25th Amendment to remove President Trump from office. The Vice President has instead urged congress to "focus on Biden transition and avoid impeachment," according to AP.

Pence sent a letter to Speaker Pelosi stating "I do not believe that such a course of action is in the best interest of our Nation or the Constitution."

Update 2001 EST: Senate May Have Enough Votes For Impeachment

CNBC's Eamon Javers is reporting that, according to a senior Trump official, there are enough Republican votes in the Senate to convict and remove President Trump from office if they receive articles of impeachment from the House on Wednesday.

"At least three GOP lawmakers will move to charge the president from their own party with high crimes and misdemeanors," CNBC reports. They will join Liz Cheney in calling for impeachment of the President.

Update: the GOP establishment has turned full anti-Trump: shortly after the McConnell report, House Republican Conference Chair Liz Cheney, the No. 3 Republican in the House, announced Tuesday that she plans to vote to impeach President Trump for inciting a violent mob at the Capitol last week.