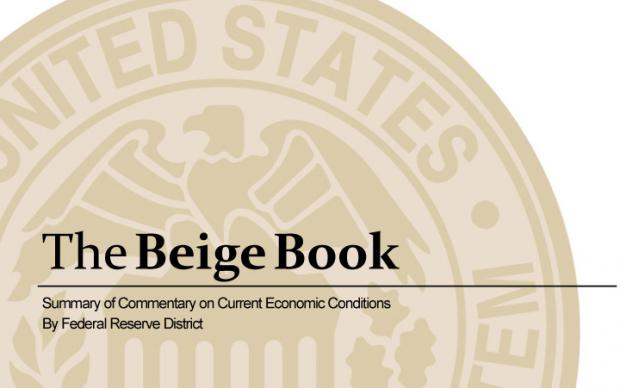 One month after the November Beige Book toed the "modest recovery" party line with most of the Fed's 12 districts characterizing economic expansion as the trite "modest or moderate", even as four districts described "little or no growth" while five narratives noted that activity remained below pre-pandemic levels for at least some sectors, the economy seems to have picked up (despite pervasive lockdowns) and in today's just released Beige Book which covered the month of December, we find that most Federal Reserve Districts reported that "economic activity increased modestly" since the previous Beige Book period, although conditions remained varied:

two Districts reported little or no change in activity,

while two others noted a decline.

Despite the "modest" improvement, reports on consumer spending were mixed with some Districts noting declines in retail sales and demand for leisure and hospitality services, largely owing to the recent surge in COVID-19 cases and stricter containment measures. Not surprisingly, districts reported an intensification of the ongoing shift from in-person shopping to online sales during the holiday season.

In keeping with today's observation that used car prices dipped for the 3rd month, the Beige Book found that "auto sales weakened somewhat since the previous report, while activity in the energy sector was said to have expanded for the first time since the onset of the pandemic."

Buckle Up! Oil Prices Are Already Soaring with Biden