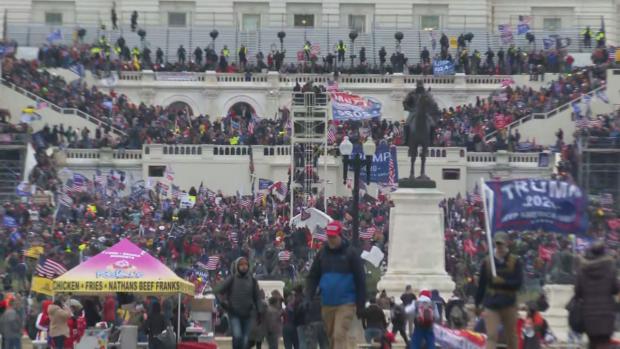 This charge does not carry sufficient punishment for the kind of example the Establishment intends to make of Trump supporters.

Michael Sherwin, the acting U.S. attorney for the District of Columbia, sees a chance for his 15 minutes of fame.  He announced in a press conference that he has built a team of national security attorneys to create sedition and conspiracy charges against Trump "rioters who stormed the Capitol."

Note that excessive language accompanies excessive charges. Whether those who got into the Capitol were let in or broke in, there was no "storming," and certainly no conspiracy to commit sedition.  Sherwin says that he is "treating this just like a significant international counterterrorism or counterintelligence operation."

Even the videos shown on anti-Trump news sites, such as The Hill, show the "insurrectionists" in the Capitol walking peacefully and keeping within the roped lane.  How is this violent insurrection?  There are videos making the rounds that show Trump supporters restraining a man who is trying to break a window in the Capitol.  It is clear that the Trump supporters regard the person as an Antifa member.

In any demonstration there will be nutcases and provocateurs.  To define a peaceful demonstration by the acts of a few is dishonest.  Remember, the presstitutes repeatedly called the Antifa and Black Lives Matter riots that looted and burned business areas of Minneapolis, Chicago, Seattle, Portland, Atlanta and other cities "peaceful protests."  When the presstitutes had to acknowledge that there was violence, they blamed it on Trump supporters or white supremacists who had allegedly infiltrated the peaceful protests.