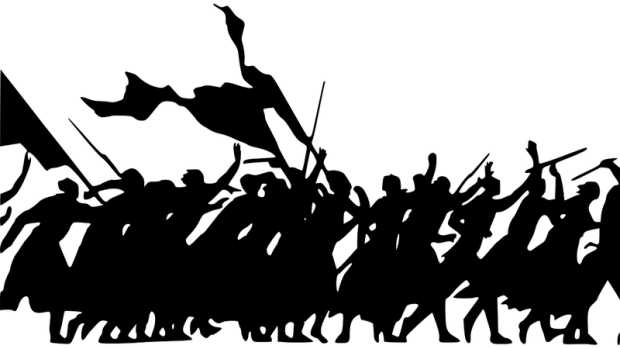 Mistrust of those around you, envisioning of enemies and evil doers behind every door, corner and mask, cowering under your congressional auditorium seats, well, we've all seen the pictures and the videos.

It's scary out there!

Beyond the images of regular people sitting, boots on desk, in the Speaker of the House's office, and beyond the lethal shooting of an unarmed protester by a Capitol policeman "defending" the already breached and swarmed capitol, there is a lot we can observe and learn about this relatively unusual event.

It wasn't insurrection, despite endless repetitions to that effect by mainstream and left wing media. Insurrection means, "an act or instance of rising in revolt, rebellion, or resistance against civil authority or an established government." What we saw was not a revolt – marchers intended to influence an upcoming actions and decisions by the Congress and the Vice President. It was not a rebellion – marchers went to the accepted headquarters of the legislature to influence them, not to replace or destroy them, or steal their stuff. With the possible exception of the unarmed physical breaching of the facility by a tiny portion of the far larger crowd of demonstrators, there was no resistance to any civil authority or any established government.

If this action had taken place with force of arms, after the Senate and House had accepted the disputed electoral votes submitted by the state legislatures, in an attempt to reverse the decision or take over government, we could call it an insurrection. For those of us watching from the safety of our living rooms, the show of strength of so many Trump supporters, people who more importantly do not trust government, whether it be made up of Republicans or Democrats, was impressive. One imagines that such energy and civil disobedience could be effective in coming years, and one day we could see actual popular insurrections occurring all over the country. But that didn't happen on January 6th.

Stand for Your RIGHTS!! How to Put a Criminal Cop in His Place!