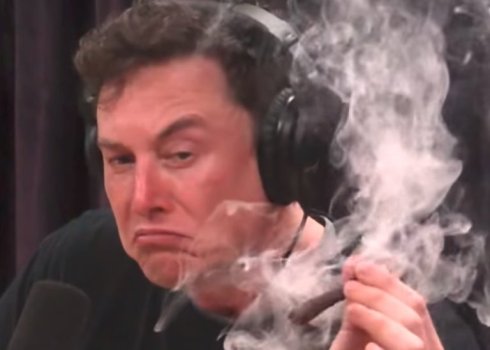 Elon Musk offered a deadpan reaction to officially becoming the richest person in the world after a surge in Tesla shares increased his net worth to more than $188billion, dethroning Amazon's Jeff Bezos for the top spot.

The car marker's stock price jumped 6 per cent on Thursday morning, barely 24 hours after climbing to 4.6 per cent following the first trading session of the year.

Including Thursday's gains in Tesla shares, Musk, 49, had a net worth of more than $188.5billion, according to Bloomberg, which is just $1.5billion more than Bezos in terms of net worth. Bezos has held the title of world's wealthiest person since 2017, and is currently worth $187billion.

And despite being the new title holder, Musk appeared to brush off the news on Twitter Thursday morning.

The Twitter account for the Tesla Owners of Silicon Valley wrote: '@elonmusk is now the richest person in the world at $190 billion.'

In one tweet, Musk wrote: 'How strange.' He followed that tweet up with: 'Well, back to work …'

How much internet speed do you really need?

Small Businesses Fight Back Against Rioters and Negligent City Officials

Small Businesses Fight Back Against Rioters and Negligent City Officials

Elon Musk - Why I Fire People