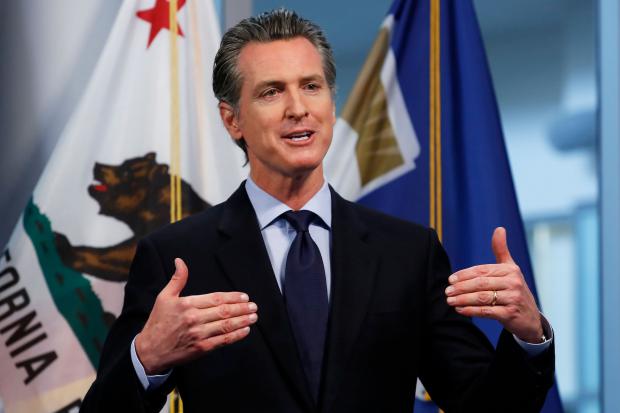 A legal initiative to recall California Governor Gavin Newsom is gaining steam, with organizers rapidly approaching the legal requirements to trigger a recall election that could remove the far-left Democrat from office.

The latest recall attempt has easily surpassed previous pushes to recall Newsom, and appears on track to easily get enough signatures to put him on the ballot.

California's recall law requires that a petition for a gubernatorial recall receive a number of signatures equivalent to 12% of voter turnout in the previous state election, requiring a total of 1,495,709. The main group advocating for Newsom's recall, Recall Gavin Newsom, reported collecting their 800,000th signature in support of the recall, placing them more than halfway to the recall election threshold. A court ruling ensured that the deadline for the recall petition will expire in March, giving organizers more than two months to collect 700,00 signatures.

Organizers are citing Newsom's coronavirus hypocrisy, an exodus of longtime residents from California, generous welfare arrangements for illegal aliens, failure to control raging wildfires, third-world energy and public utility infrastructure, onerous restrictions on small businesses, and pervasive homelessness in cities. California is currently afflicted with the worst outbreak of the coronavirus in the nation, even as Newsom's administration mandates onerous restrictions that have proved crushing for the already beleaguered restaurant industry.

Orrin Heatlie, an organizer coordinating the recall drive, spoke of the initiative's progress and Newsom's track record of failure and hypocrisy. "Our efforts to Recall California Governor Gavin Newsom have entered a dramatic new phase, and we cannot be prouder of everyone who is working tirelessly to remove America's worst governor from office," said Heatlie.