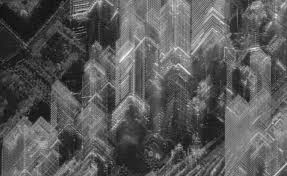 A few months ago, a company called Capella Space launched a satellite capable of taking clear radar images of anywhere in the world, with incredible resolution — even through the walls of some buildings.

And unlike most of the huge array of surveillance and observational satellites orbiting the Earth, its satellite Capella 2 can snap a clear picture during night or day, rain or shine.

"It turns out that half of the world is in nighttime, and half of the world, on average, is cloudy," CEO Payam Banazadeh, a former system engineer at the NASA Jet Propulsion Laboratory, told Futurism. "When you combine those two together, about 75 percent of Earth, at any given time, is going to be cloudy, nighttime, or it's going to be both. It's invisible to you, and that portion is moving around."

CCP, Control of Information, and Consequences, and Q&A