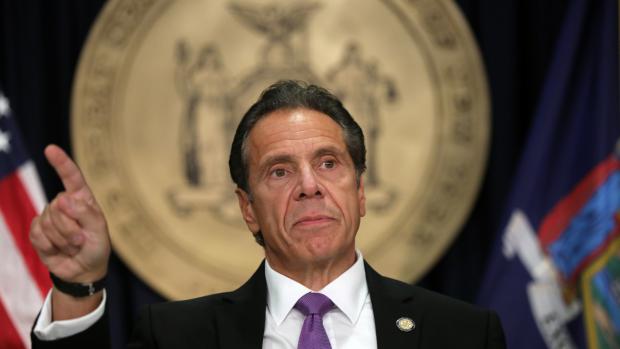 Lindsey Boylan, who worked for Cuomo's administration between March 2015 and October 2018, tweeted about her experience Saturday, claiming people are "deathly afraid" of the New York governor.

"Most toxic team environment? Working for @NYGovCuomo," Boylan wrote in one tweet.

"I've had many jobs. Waitressing at @Friendlys as a teenager was an infinitely more respectful environment. Even when I had bad customers who tipped poorly," she stated in another tweet.

"If people weren't deathly afraid of him, they'd be saying the same thing and you'd already know the stories," she continued.

Boylan said she was not the only person who experienced a toxic work environment in Cuomo's office.

"Seriously, the messages and texts I receive when I speak the truth about this…it's a whole book of people who have been harmed," she tweeted.

Boylan joins a crowded field of Democrats seeking to become Manhattan's borough president in the 2021 election.

She tried to unseat House Judiciary Chairman Rep. Jerrold Nadler (D-NY) in the Democratic primaries this year, but was ultimately defeated.