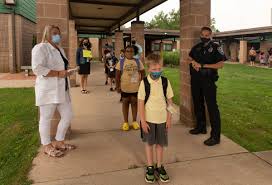 A Canadian woman, Nancy Russel, was as healthy as a 90 year old could be.

But she chose to die rather than go through another lockdown at her nursing home, and the isolation which comes with it.

Canada does not require a terminal illness in order to qualify for medically assisted suicide. But still, the first time Nancy applied she was denied.

But the second time she asked to die, "more concrete medical health issues" had developed, and she was approved.

Nancy was allowed to die surrounded by family, singing a song she chose, instead of alone and depressed.

What is wrong with this world that a government would rather assist someone to die rather than allow people to live their lives?

The birth certificate is a transfer of property form. When the mother signs it, she is transferring her child into trustee care of government. Is she really transferring ownership of her child to government? No! But she is making it look like she is doing so in the eyes of government. This means that she will have to battle in court to get her children/property back from government. It's why government can require their form of schooling, even with home schooling to some extent. --- The easy way is to sign the birth certificate, "non-assumpsit, Signature." "Non-assumpsit" means "no contract" in Latin, legal language. Government know right from the start that the mother hasn't transferred her property to the State. Yet she is adhering to customary "law" by signing the birth certificate.