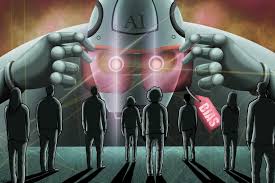 Timnit Gebru, a technical co-lead of Google's Ethical A.I. team, who researches algorithmic bias and data mining, has been an outspoken advocate for diversity in technology, claimed, in a series of tweets, she was fired for refusing to retract a research paper that outlines how A.I. discriminates against minorities and also due to a complaint in an email to colleagues.

Expressing her frustrations in an email to an internal company group named Google Brain Women and Allies - Gebru criticized Google's hiring of minorities and not doing enough to promote "responsible A.I."

The email was shared by Platformer's Casey Newton:

I had stopped writing here as you may know, after all the micro and macro aggressions and harassments I received after posting my stories here (and then of course it started being moderated).

Recently however, I was contributing to a document that Katherine and Daphne were writing where they were dismayed by the fact that after all this talk, this org seems to have hired 14% or so women this year. Samy has hired 39% from what I understand but he has zero incentive to do this.