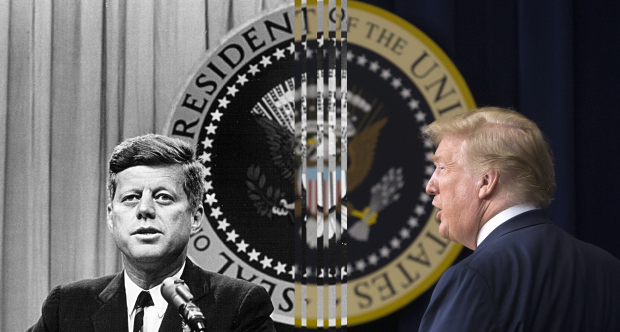 So much so that soon after taking office he pledged, as a Washington outsider, to order the release of all related documents kept secret in government vaults.

Now weeks away from leaving office, it appears he'll leave that task of historical interest and significance to President-elect Joe Biden.

Trump came to office with a flair for television and how to build audience suspense. And given the numerous documentaries and the hit 1991 movie "JFK" by director Oliver Stone, the promised release of decades-old secret documents had all the makings of a suspense thriller. It portended critical information for historians and could quench a thirst for interested baby boomers.

"Subject to the receipt of further information, I will be allowing, as President, the long blocked and classified JFK FILES to be opened," Trump announced with fanfare in an unexpected tweet on Oct. 21, 2017, just nine months into his term.

But soon after the bombshell, Trump partially retreated.

Roughly 35,000 documents were declassified but many were still partially redacted, meaning the entire document was not released for public view. At the request of the CIA and FBI, Trump delayed full declassification for another six months. More than five decades after an assassin's bullet felled a president full of promise, government infighting continued to keep from the light information long shrouded in mystery.