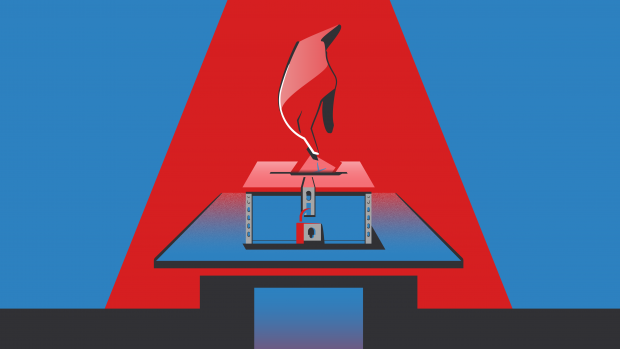 How did the Democrats pull this off? In both simple and sophisticated ways. But the key to the massive election theft—their hidden tactic—is computerized vote-stealing by means of Dominion voting machines, and/or the "Scorecard" vote-flipping program. Remember those 6,000 votes that went from Trump to You-Know-Who? That wasn't just a gain of 6,000 fake votes for Biden; it also lowered Trump's count by 6,000, creating a difference of 12,000 votes between them in Biden's favor. Such "vote flipping" widens the gap between the two candidates twice as effectively as garden-variety cheating—vote harvesting, dead people voting, etc.—giving the Dems the biggest bang for their ill-gotten buck. And as of Friday the 13th of November, audits of the computerized cheating showed 500,000 votes were switched from Trump to Biden. Folks, this means at least a fraudulent 1,000,000 vote windfall for Biden in swing states, courtesy of the Dominion software tamperers. We know Leftists are big on redistributing the wealth—well here's the counterpart: redistributing the votes of the American people!

HAS TRUMP BEEN BOXED IN?

As myriad claims of vote fraud emerge, including ballot counters tacking cardboard over their building's windows so locked-out poll watchers couldn't even see into the room, the thought struck me that even the Dems are usually not this sloppy and obvious. I can even imagine the great fictional detective Hercule Poirot saying to his sidekick, "Ah, Hastings, do you not see? No, no, mon ami! There are too many clues. This fox, he wants to be caught!" The Democrats' war-gaming of the election may go far beyond their flagrant vote fraud schemes. In fact, I believe they plan to win regardless of the final result of this election. Either Biden stumbles his way into the White House, or as soon as Trump is inaugurated, if not before, they attempt a violent coup d'état, using the pretence that he stole the election—their old standby trick of accusing others of their own crimes.