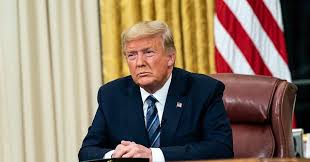 The president spoke at length about all the allegations of fraud and voting irregularities featured in hearings across the country uncovered by his legal team led by former New York City Mayor Rudy Giuliani.

"As president, I have no higher duty than to defend the laws and the Continuation of the United States," Trump said. "That is why I am determined to protect our election system, which is now under coordinated assault and siege."

The president said he would present the evidence of mass fraud in court.

"We're going to show it and hopefully the courts — in particular, the Supreme Court of the United States — will see it and respectfully, hopefully, will do what's right for our country," he said.

Trump said that he did not support a "revote" or waiting until 2024 to fight for election integrity.

"If we don't root out the fraud, the tremendous and horrible fraud that's taken place in our 2020 election, we won't have a country anymore," he said.