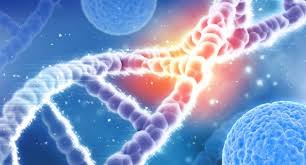 Chief among his concerns is the fact that the messenger RNA, or mRNA, vaccines are the first vaccines in history to intervene directly in patients' genetic material and alter it, posing problems when it comes to health, ethics and morality.

These vaccines involve injecting a sequence of genetic RNA material that was made in a lab into the body, where it invades the cells and takes over their protein-generating ribosomes to produce the coronavirus's famous spike protein that gives it the crown-like appearance that inspired its name. Then, your body should, at least in theory, be trained to fight the virus if it encounters it later. In short, these vaccines turn your body's cells into factories that create proteins that spur a pathogen-specific immune response.

mRNA vaccines are being hailed in some quarters for their breakthrough technology, and while they do have some advantages over traditional vaccines, the fact remains that we simply do not know anything about their long-term effects. While we definitely don't want to downplay how devastating this disease can be to a small percentage of patients, the massive vaccination campaigns that many countries around the world wish to embark upon could be putting a huge percentage of the population at risk of a slew of unknown problems.