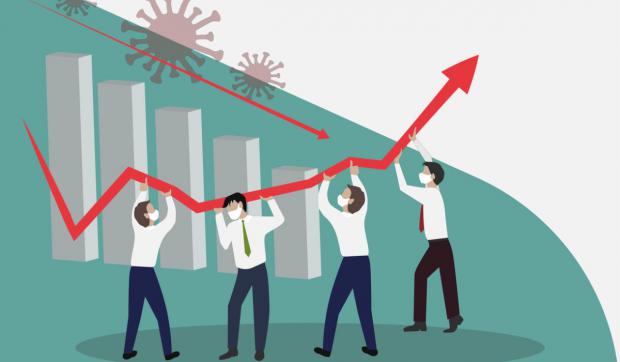 Klaus Schwab, the Davos Chair, was more blunt: "Nothing will ever return to the 'broken' sense of normalcy that prevailed [earlier]. We … will be surprised by both the rapidity and unexpected nature of these changes – as they conflate with each other, they will provoke cascading effects and unforeseen outcomes". Schwab makes it clear that the western élite will not allow life to return to normal, suggesting that rolling lockdowns and other restrictions may become permanent.

'Recovering to a different economy'? Well, actually the creeping 'coup' has been residing in plain view for quite a while. The changes have been less noticed – partly because western élites have stuck fast to the free market narrative, whilst incrementally shifting over the decades to an oligarchical economy blossoming alongside the free market economy. Yet it has been an important metamorphose, for it has laid the ground-work for a more fundamental fusion of interests of business oligarchy and government. This fusion used to be called the 'administrative state', and was widely practiced in 19th Century Europe.

If we want to understand the roots to this 'quiet coup', we need to return to the ethos that emerged from WW2. It was 'never again' in terms of that terrible wartime bloodshed, and it encapsulated the notion that the spilt blood should be somehow 'redeemed' by moving to fairer, more equitable societies. These latter sentiments turned activist, culminating in the 1960s – an occurrence that frightened U.S. business élites.

The élites moved their 'counter-revolution'. They lobbied; they lobbied hard, evolving their lobbying enterprise into an 'industrial scale' enterprise, employing 'brigades' of lawyers and encompassing big money. And now, trillions of dollars are at stake: K Street (the lobbying HQ in Washington) is where the legislative 'sausage' is actually assembled, and not the U.S. Congress. It is external to Congress, to whom it is 'sold' in a mutually beneficial exchange.

As Talk Turns to Inflation, Some Investors Look to Gold