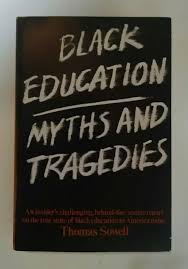 The Detroit Public Schools Community District scored the lowest in the nation compared to 26 other urban districts for reading and mathematics at the fourth- and eighth-grade levels. A recent video captures some of this miseducation in Milwaukee high schools: In two city high schools, only one student tested proficient in math and none are proficient in English. Yet, the schools spent a full week learning about "systemic racism" and "Black Lives Matter activism." By the way, a Nov. 19, 2020, Milwaukee Journal Sentinel article asks: "How many Black teachers did you have? I've only had two." The article concludes, "For future Black students, that number needs to go up." New York City is one of many school systems in the United States set to roll out Black Lives Matter-themed lesson plans. According to the NYC Department of Education, teachers will delve into "systemic racism," police brutality and white privilege in their classrooms.