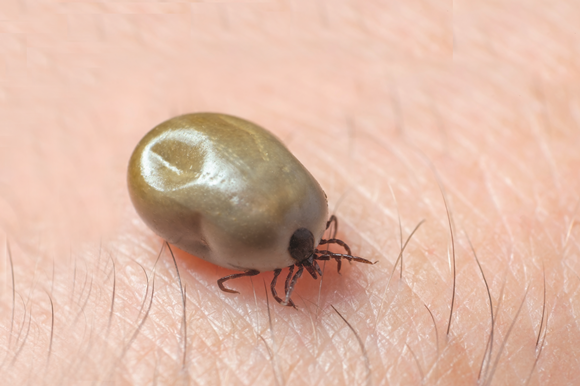 Researchers at Baylor College along with Texas Children's Hospital's Center for Vaccine Development have received an $860,000 grant from the Department of Defense to develop a recombinant protein vaccine for Lyme disease—the most common vector-borne disease in the U.S. military and in the general U.S. population.

"We have partnered with the experts that have identified a novel vaccine antigen and plan to accelerate its development as a new prototype vaccine from the bench into the clinic," said Dr. Maria Elena Bottazzi, associate dean of Baylor's National School of Tropical Medicine at Baylor College of Medicine and co-director of Texas Children's Center for Vaccine Development.

No human Lyme disease vaccine is currently available, she added. And, those candidates that have advanced into clinical trials have not developed a safe and effective or efficient response

Lyme disease, transmitted by the bacteria Borrelia burgdorferi, can infect at the site of the tick bite and then survive in the bloodstream and spread to the heart, joints or brain, resulting in arthritis, neurological abnormalities, and carditis.

According to the Centers for Disease Control and Prevention, approximately 300,000 Americans are infected annually, especially in the Midwest and Northeast, including New York state—and with warmer temperatures becoming the norm, the disease cases have been geographically expanding in the past 20 years.