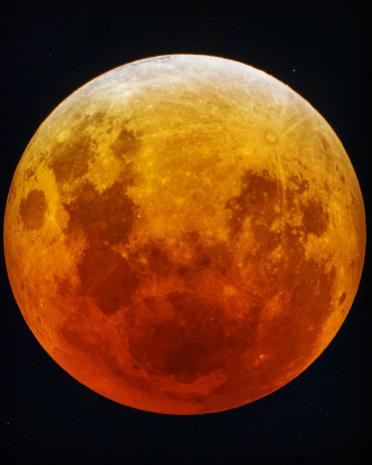 If you were up in the early hours of this morning, you may have noticed the full moon turning a shade or so darker and redder.

What you were seeing is called a penumbral lunar eclipse. Caused by the moon dipping behind the Earth's fuzzy penumbra, or outer shadow, this subtle shading effect peaked at 4:32 am ET November 30, when—according to NASA—83% of the moon was in the shadow of our planet.

NASA has also given a list of the names November's full moon is known by: The Algonquin tribes have long called this the Cold Moon after the long, frozen nights. Others know it as the Frost Moon, while an Old European Name is Oak Moon: perhaps because of ancient Druid traditions that involve harvesting mistletoe from oak trees for the upcoming winter solstice.

In America, the November full moon is perhaps still best known as the Beaver Moon—with Native Americans associating it with a time when the beavers are scrabbling to finish building their dens from mud and sticks and rocks in preparation for winter.

While this was the last penumbral eclipse of the year, don't worry if you missed the occurrence due to sleep or clouds.

For those who didn't get to witness the phenomenon in person, from San Francisco to Michigan to the Sydney Opera House, here are some stunning pictures of this year's last partial lunar eclipse.