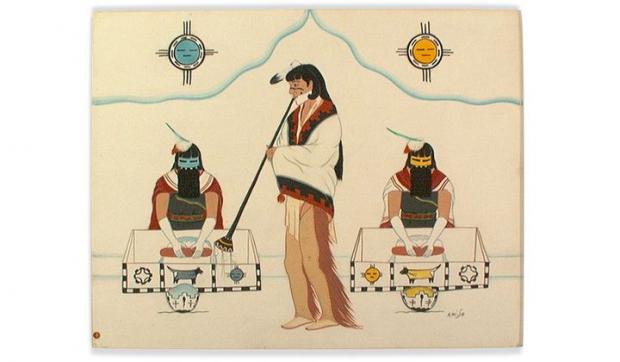 We set the last spring some twenty acres of Indian corn, and sowed some six acres of barley and peas, and according to the manner of the Indians, we manured our ground with herrings or rather shads, which we have in great abundance, and take with great ease at our doors. Our corn did prove well, and God be praised, we had a good increase of Indian corn, and our barley indifferent good, but our peas not worth the gathering, for we feared they were too late sown, they came up very well, and blossomed, but the sun parched them in the blossom; our harvest being gotten in, our governor sent four men on fowling, that so we might after a more special manner rejoice together, after we had gathered the fruit of our labors; they four in one day killed as much fowl, as with a little help beside, served the company almost a week, at which time amongst other recreations, we exercised our arms, many of the Indians coming amongst us, and among the rest their greatest King Massasoit, with some ninety

Beyond Meat Surges On Reports Of Deal With Taco Bell

How to solve this HUGE problem

Man Hasn't Been to the Grocery Store in 8 Months Thanks to Tiny Pandemic Garden...