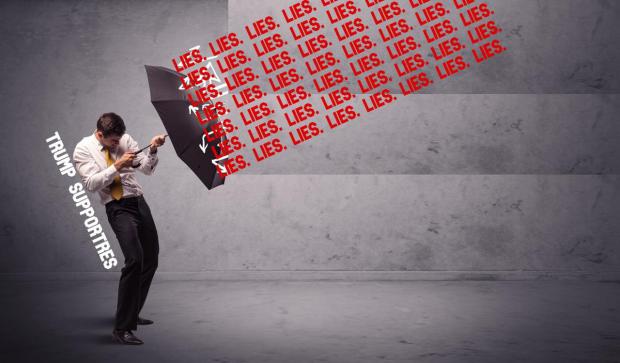 And they know that there is no way on God's green earth that decrepit, demented, corrupt, and terminally stupid Joe Biden fairly won this election. This post assembles various election anomalies that don't pass the smell test.

J.B. Shurk, who frequently publishes at American Thinker, wrote a knock-out article for The Federalist about Joe Biden's magical performance in the election. You should read the whole article, but here are four things that don't pass the smell test:

1. Biden allegedly got 80 million votes, which is more than Obama received at his peak, in 2008 – and Biden did this despite losing minority voters to Donald Trump and trailing Trump in voter enthusiasm.

2. Biden broke 60 years of precedent by winning nationally despite losing prodigiously in bellwether states and counties. The last time this happened was when the mafia got out the vote for John F. Kennedy in 1960.

3. Trump had extraordinary coattails, so much so that even the New York Times admitted that the "Democrats Suffered Crushing Down-Ballot Losses Across America." Think about that: Biden had no coattails and no enthusiasm, yet he allegedly won a record number of votes. Smells fetid to me.

4. Biden barely made it through the primaries, while Trump soared, with Trump's performance being a historically sure sign of voter enthusiasm and probable victory – yet Biden, again, allegedly scored an equally historically strong victory.