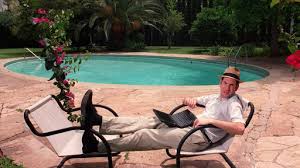 It was the kind of story that would once have had Matt Drudge deploying font sizes that newspapers used to reserve for declarations of war. On Oct. 14, Twitter and Facebook blocked users from spreading a New York Post article alleging that Hunter Biden had brokered meetings between his father, then the vice president of the United States, and executives at a Ukrainian energy firm where the younger Biden held an $80,000-a-month sinecure. The Post's article included photos of what appeared to be an exhausted and intoxicated-looking Biden in various states of undress.

Yet the controversy over tech companies restricting the spread of a story unflattering to the Democratic presidential contender was nowhere to be seen in the upper half of The Drudge Report — once the most coveted and agenda-setting real estate in right-of-center media. "RECORD TURNOUT ALARMS REPUBLICANS … BIDEN +7 GA," screamed the top headlines on Oct. 15.

"People have noticed that Drudge has basically become a liberal site over the past two years," a senior figure in conservative media told me that week.

"Liberal" might be a stretch, but it's hard to argue with the claim that The Drudge Report has changed over the past few years. At the very least, it became an anti-Trump site. "YOU'RE FIRED!," the top story on Drudge read on Nov. 7 when Joe Biden's Electoral College win was first projected, appearing above a full page of links celebrating the former vice president's victory — Drudge screenshotted the headline in a rare tweet that same day. During the campaign, the site had touted any and all bad news for Drudge's once-preferred candidate and sometimes-host at the White House — a fact that didn't go unnoticed by the Media Critic-in-Chief.