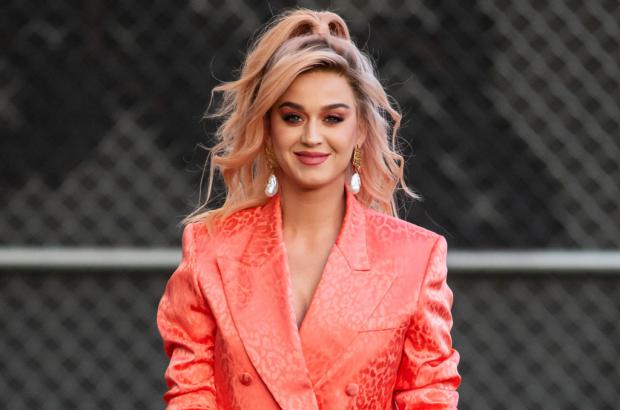 Katy Perry called on her massive Instagram following to check out her father Keith Hudson and brother David's nonpartisan clothing brand Nothing But American on Friday.

'We haven't always seen [eye] to [eye] but I'm proud of my dad n bro for coming up with this! Head to @NothingButAmerican store for the vibes,' urged the singer, 36, who included a video of her father rocking the seemingly patriotic gear.

But fans were eager to voice their dissatisfaction towards Perry's sales pitch and openly critiqued her for the tone deaf nature of the post.

In the Instagram advertisement for Nothing But American, Keith took centerstage and hypothetically asked 'are you tired of the division that is destroying our country?'

Standing in front of an ivory curtain, the renown Pentecostal pastor uttered: 'Are you sick of losing your family and friends because they just don't agree with your political views?'

After posing a few more hypotheticals for his Instagram audience, Hudson passionately declares that 'no matter what you believe, at the end of the day we are all Americans.'

Keith explains that '[he] designed this t-shirt because [he] wants people to know that even though you may have a different religion or different political view than [he does] that [he] will still be there for you and still consider you [his] friend, [his] neighbor, and fellow American.'