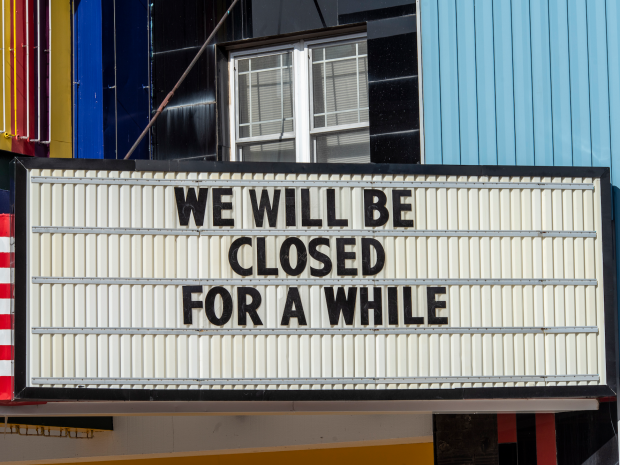 While GMU economist Tyler Cowen may have dismissed the idea of more pandemic lockdowns as being "a straw man" and saying that the extreme measures that started in March of this year "are now behind us," it seems that governors and other politicians around the country have failed to get the message.

More and more states have begun to once again impose ruinous lockdowns. The media and Twitter are filled with self-righteous scolds shrieking about the impending doom of families gathering together for Thanksgiving. CNN host Jake Tapper suggested that "Christmas is probably not gonna be possible."

If such people had their way, everyone would remain under veritable house arrest and not see anyone else for months or even years, as the duration of such onerous impositions has gone from "fifteen days to slow the spread" to months or even years into the future. That such ideas are even being considered demonstrates just how out of touch with human reality much of our "expert" class and their hordes of lemming-like followers are.

Things have not changed much from when I addressed some of the disastrous unintended material consequences of lockdowns in April of this year. However, as 2020 has dragged on, it has made clear that at least some of the lockdown logic is rooted in a fundamentally flawed and relatively recent conception of human nature.

Is there any BENEFIT to vaccines at all? Death rates very similar in vaccinated vs. unvaccinated reg

Should You Take the COVID-19 Test?

Is 2021's Fictional Cyberattack Simulation Prepping Us For a Cyber Pandemic?

Jim Stone: THE VAX DOESN'T FIGHT CORONA. RATHER IT COMMANDS YOUR BODY TO--