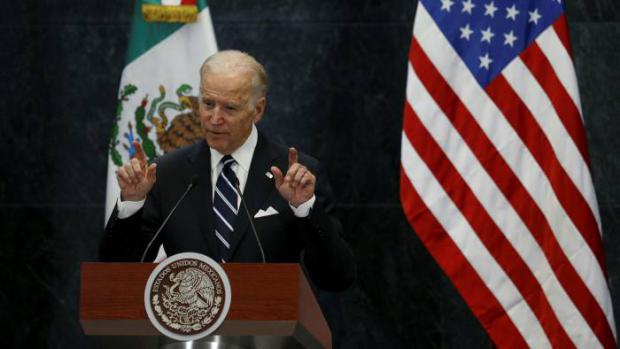 "There will not be another foot of wall constructed on my administration, No. 1," Biden told National Public Radio earlier this year.

"I'm going to make sure that we have border protection, but it's going to be based on making sure that we use high-tech capacity to deal with it."

Biden is not really promising any border protection at all. It sounds good, but it is a hollow falsehood. Most of the American public does not know about or has forgotten the $30 billion dollar disaster known as "SBInet." We have been down this "high-tech virtual wall" road before. The only winners were defense contractors. The virtual wall does nothing to deter or prevent unlawful entry across the border. It merely provides surveillance and recording of the illegal activity. Thousands of hours of video recordings of such crossings are available on the internet right now. Technology contractors are encouraged that a Biden administration would like to continue watching and recording millions of people entering the country illegally.

Biden has a long public record, so you will not be surprised to learn that a few years ago he was proudly in favor of building 700 miles of border fence. Biden had a border hawk position back on November 27, 2006 at a Q&A with a Columbia, SC Rotary Club meeting. Notably, Biden has faced criticism for his past track record on immigration issues. Obama/Biden deported 3 million illegal aliens. The Trump administration deported fewer than 1 million over the last 3+ years.