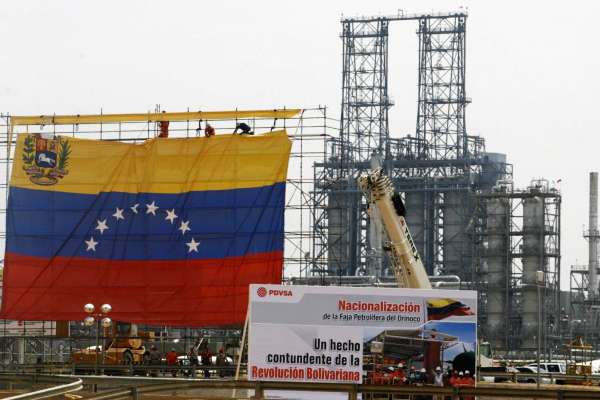 Both Iran and Venezuela are under US economic sanctions. Venezuela's economy collapsed under the socialist mismanagement of Chavez and Maduro.

Cuban advisors were able to teach the authoritarian leaders in Venezuela how to stop uprisings and maintain control in spite of a terrible economy. The agreements and training with Cuba have lasted for twelve years.

90% of Venezuela's population now lives in poverty and are barely getting enough to eat. 4 million people have fled the country.

A Northern Venezuelan refinery had an explosion last month.

Venezuela's oil industry will probably never recover. All of the deterioration in infrastructure means it would cost many billions of dollars and technically skilled resources to repair and restore the facilities. However, Venezuela's 300 billion barrels of oil are mostly heavy oil with high sulfur content. COVID has caused a drop in world oil demand from 100 million barrels per day down to 91 million barrels per day. There is more valuable and climate change friendly oil resources in the USA and Saudi Arabia. Any recovery in the world economy will tap into those other sources of oil.