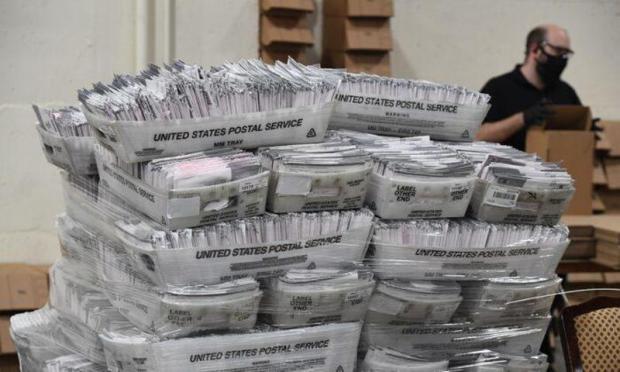 They've been working to cover their tracks since Election Day, but they didn't work fast enough. Now, the courts need to stop them from destroying any more evidence so that the people of Pennsylvania—and the rest of the country—can accurately assess the ramifications of their wrongdoing.

Explosive new litigation filed in federal district court on Nov. 21 details and documents a wide variety of illegal practices that were used to inflate the number of votes received by Democrat presidential candidate Joe Biden, including disparate treatment of voters based on where they live and outright manipulation of Pennsylvania's voter registration system by partisan activists.

An unprecedented number of mail-in and absentee ballots were cast this year, and practically everyone expected that this would result in a higher-than-usual rate of ballots being rejected for various flaws, such as lacking a secrecy envelope or missing information. In Pennsylvania, tens or hundreds of thousands of ballots were likely to be rejected, based on historical patterns. Instead, a mere 0.03 percent of mail-in ballots were ultimately rejected—somewhere in the neighborhood of about 1,000 votes.