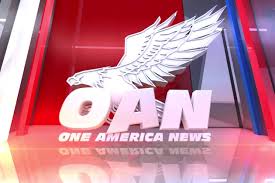 According to Axios, "YouTube has been criticized for allowing OANN to spread misinformation using its platform, particularly around coronavirus and the election," adding "This marks the Google-owned service's first crackdown against OANN."

According to the Epoch Times, citing OANN President Charles Herring, "YouTube took the extreme action of censoring a national cable news network for a video that was 'unlisted' and not available publicly on YouTube."

In addition to the temporary ban on videos, the network cannot livestream due to a "strike" received under YouTube's COVID-19 misinformation policy, which prohibits content claiming there is a 'guaranteed cure' for the virus. The video in question has reportedly been removed.

If OANN wants to re-monetize the channel, they will need to re-apply to YouTube's Partner Program. If they receive two more strikes, their account will be terminated.

The 'cancel' crew at Sleeping Giants - who seek to silence divergent opinions under the guise of fighting misinformation - celebrated, though not without knocking YouTube for not taking more aggressive action against the news network.