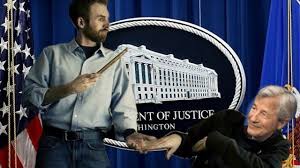 This, in a nutshell, is how Wall Street works: just two months after JPMorgan was fined a record $1 billion criminal monetary penalty (to make sure not a single banker would end up going to prison) for rigging the gold and silver markets, Reuters reported that JPM - having clearly "learned" the tools of the gold rigging trade, has earned a record $1 billion in revenue so far in 2020 from trading, storing and financing precious metals, vastly outperforming rival banks.

The math simplified: JPM has spent $1 billion over the lifetime of its precious metals rigging, ensuring it has full indemnity from future manipulation claims, allowing allow it to make $1 billion in revenue in just one year. Truly a remarkable IRR, and proving yet again, that on Wall Street crime not only pays, but has a 1-+year payback period.

While the coronavirus has created a bonanza for investment banks dealing in gold, silver and other precious metals by triggering massive investor purchases and rupturing the normal workings of the market, JPMorgan has dominated, growing its share of the market according to Reuters.