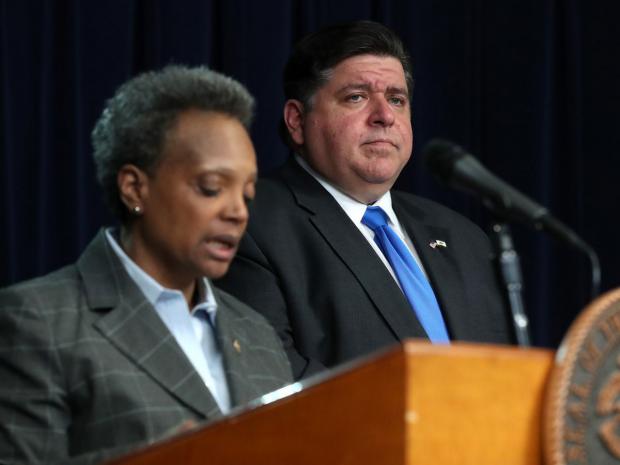 There's so much hypocrisy to go around, we can hardly contain it all.

It was just days ago we wrote about Chicago mayor and "woke" intellectual giant Lori Lightfoot telling Chicago residents to cancel their "traditional" Thanksgiving plans.

Lightfoot told residents to "stay home unless for essential reasons", to "stop having guests over - including family members" and to "cancel traditional Thanksgiving plans".

We mocked Lightfoot, noting that her decision came not even a week after she was seen amidst a large crowd on Chicago streets partying on the heels of a Joe Biden Presidential victory.

And it seems like we're not the only ones who aren't taking Lightfoot seriously. That list appears to now include Illinois' own governor, JB Pritzker, who tacitly admitted during a press conference last week he didn't think much about Lightfoot's "advisory".

"Since you live in Chicago, are you going to follow the 'no travel' advisory that Mayor Lightfoot put into place at 6AM this morning?" the governor was asked last week.

"I don't know what that says exactly and I don't know exactly what my plans will be. But I'll certainly be happy to share. I think you already know we have a place in Florida, so..." he says, before trailing off.

"We're not going to address rumors from random blogs online," someone (probably a staffer), interrupts as Pritzker trails off.