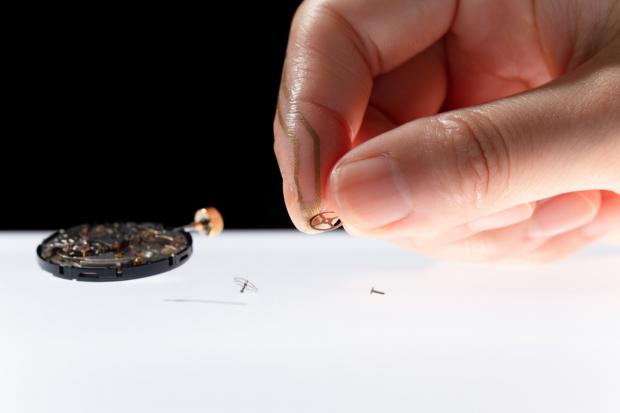 And while you might wonder why they bothered, it actually has an interesting potential application.

The ultra-thin yet tough "nanomesh sensor" was built by a team at the University of Tokyo, led by Sunghoon Lee. It's made up of four layers, one of which is an insulating polyurethane mesh, and another of which consists of a network of electrically conductive gold lines – these lines serve as the pressure-sensing electrodes.

The porous membrane is thin enough that when applied to a person's fingertip, it doesn't affect their sense of touch or their ability to grasp objects. At the same time, though, it's very durable. When applied to the fingertips of 18 test subjects, it was reportedly "imperceptible" to the wearer, plus it remained intact and functional even after being rubbed against an unyielding surface 300 times.

It is hoped that the technology could ultimately find use in archiving the handiwork of people such as artisans or surgeons, who perform very delicate, exacting tasks. Based on their finger-pressure data, it's possible that other people or even robots could learn to perform the same tasks, at the same skill level.

The research is described in a paper that was recently published in the journal Science.