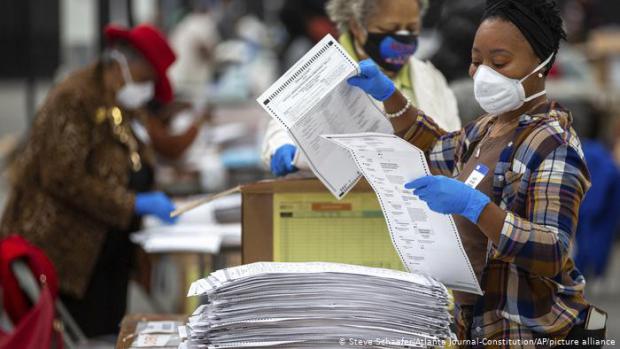 The Republican governor said he would sign off on the certification of the election after a risk-limiting audit, also known as a hand recount, was conducted in Georgia.

"It's important to note that this audit only looked at ballots, not the signatures of the absentee applications or the signatures on the ballot envelopes," Kemp said during a press conference.

"It seems simple enough to conduct a sample audit of signatures on the absentee ballot envelopes and compare those to the signatures on applications and on file at the secretary of state's office."

Kemp's remarks signal a victory for President Trump, who claimed earlier that a risk-limiting audit was meaningless unless signatures on ballot envelopes were verified.

"The Governor of Georgia, and Secretary of State, refuse to let us look at signatures which would expose hundreds of thousands of illegal ballots, and give the Republican Party and me, David Perdue, and perhaps Kelly Loeffler, a BIG VICTORY," the president tweeted Friday. "Why won't they do it, and why are they so fast to certify a meaningless tally?"