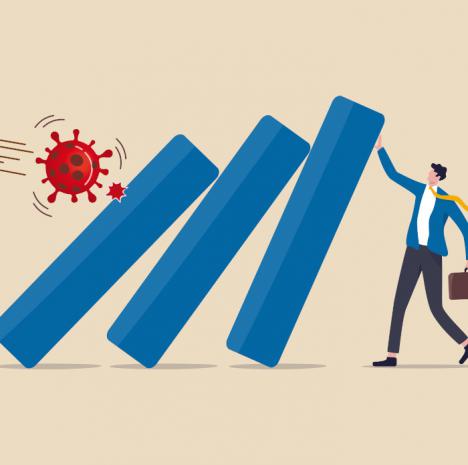 It's a timeline that leaves a large portion of the country dealing with their own "fiscal cliffs" as calendars are set to turn toward 2021, and hopefully, its ensuing recovery.

For example, Bloomberg notes that 12 million people are facing a late-December cutoff from the end of two federal unemployment-insurance programs. Additionally, student loan payments will no longer be frozen and mortgage forbearance, along with eviction moratoriums, will also expire. On top of that, the Fed's lending facilities for small businesses and local governments will also dry up.

A new report by the Century Foundation found the following deadlines looming:

An estimated 7.3 million workers will see their Pandemic Unemployment Assistance (PUA) benefits expire on December 26, and 945,000 will run out of PUA before December.

Pandemic Unemployment Assistance (PUA) benefits are only payable through December 26, and last thirty-nine weeks in all states and forty-six weeks in a subset of high unemployment states (Alaska, California, Connecticut, Delaware, District of Columbia, Illinois, Michigan, Nevada, New Jersey, New York, Ohio, Oregon, Rhode Island and Washington). PUA eligibility started the week ending February 9, but most eligible for PUA lost employment in March and will be reaching the end of their benefits at the end of December.

An estimated 4.6 million workers will see their PEUC benefits prematurely expire on December 26.

Moreover, an additional 3.5 million will have already run out of PEUC benefits before the December 26 cutoff.4 (PEUC provides thirteen additional weeks of benefits to only those running out of state benefits; workers receiving PUA are not eligible.)