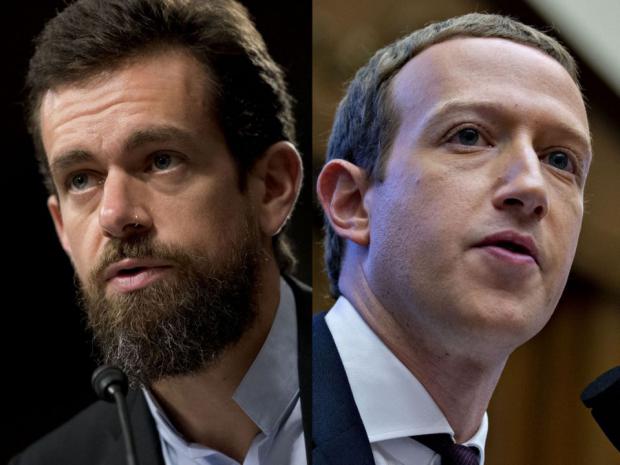 She also raised questions about the company's business ties with foreign countries, and its willingness to bow to Beijing and Vietnam over repressing political dissent on Facebook. She also accused Facebook of removing information posted by Russian opposition leader Alexei Navalny, who recently claimed to have been poisoned by the Kremlin.

Finally, chairman Lindsey Graham and ranking member Blumenthal wrapped things up by promising that the tech CEOs would likely return shortly after the start of the next Congress as the "collaborate" on potential reforms to Section 230. However, next time, the senators warned, their fellow tech CEOs must also make time to appear, Graham and Blumenthal said.

Update (1400ET): Dorsey has just delivered perhaps the greatest hint yet that President Trump's days on Twitter might be numbered.

Asked by Hawaii Sen. Mazie Hirono what the companies are doing to stop President Trump's "lies", Dorsey replied that special treatment enjoyed by President Trump as an election official "goes away" once an individual leaves office. In other words, if Trump tweets any claims about the election being stolen after leaving office, he could see his account suspended, frozen or removed entirely.

Afterwards, Corey Booker attacked both platforms since "shameful and shameless" claims about election fraud are "some of the most engaged posts" on the platform.